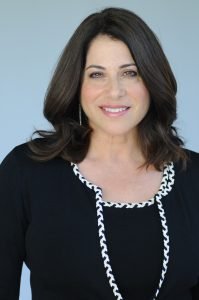 AA: Why do you write police procedurals?

LS: I’m intrigued by the processes of law enforcement. My fascination is with forensics, which is why I created another main character in Dr. Ming Li, Chief Medical Examiner. The deeper attraction is to the battle between good and evil.

AA: Why were you drawn to a character with a hidden case of PTSD perhaps brought on by adolescent sexual abuse?

LS: I wanted a character that seemed all man on the outside but a hurt child on the inside who might be inclined to the dark side himself because of his violation. Each villain in the series triggers Gabriel’s psychological healing progression.

AA: Your police psychologist follows the practices of Dr. Alfred Adler. Alfred Adler investigated the social determinants of mental health. Were you aware of the connection between PTSD and sexual abuse before you wrote the book or did you discover it in the process of writing the book?

LS: Alfred Adler sort of popped up in my trauma research. He believed that as children we create coping mechanisms for situations that intimidate or frighten us. As we grow, we forget that those behavioral patterns were created to get us past a challenge and we continue practicing them.

AA: Your series has a serial killer at its heart. Serial killers are often fascinated with police work. Some have tried to become police officers. Does Gabriel share this attraction to police work with the serial killer? Do killer and cop share the problem of “masculine protest,” so-called Adlerian aggressive overcompensation, for feelings of helplessness?

LS: I think it’s a way for him to feel less emasculated. A police uniform is a good costume to hide behind.

AA: Police officers may or may not remember the traumatic events which have caused their PTSD. They may deny that there is a problem, other than the day- to-day stresses of the job, when in fact they feel inside that they are going crazy. Does Gabriel’s reckless behavior in pursuit of the criminal indicate that pressure is building inside him and he may actually be “going crazy”?

LS: He certainly feels like he’s going crazy, and his insecurity prompts him to believe he may even be the killer! That’s seriously doubting yourself.

LS: Ming likes to revel in her role of successful career woman, and Gabriel shakes her up because Ming is forced to ask herself, “Why am I attracted to this damaged man?”

AA: By modern standards the sex-role reversal between Gabriel and Ming exists but is incomplete. For instance, Ming has perhaps the higher status occupation than Gabriel, as a physician. She makes professional demands on Gabriel but Gabriel actually plays the feminine role as the sex object in the affair, pursued by an unrequited Ming. Does this partial role reversal equalize the relationship?

LS: I always think we need a little more of that in real life…  Why should a stay-at-home dad feel like a Mr. Mom? It’s funny that you bring the subject up because a student at UCLA did a paper on Gabriel and Ming’s sexual role-reversals. I hadn’t thought that much about it until the student sent me her paper and there it was in black and white. I thought, “Oh. Now how do I explain this?” As I wrote the series, it seemed the natural course for their relationship to take. You’re a writer, Avril, so you know that sometimes the stories take on a life of their own.  The role-reversal, I believe, makes Gabriel feel comfortable around Ming because she is so okay with him, and that helps him to become “okay” with himself. She’d tear a macho jerk apart anyhow.

AA: As a writer you seem at ease with the psyches of violent men, both cops and killers. Do you find it easier to identify with your male or female characters?

LS: To be at ease with psyches of violent men and killers… I don’t know, is that a good thing? On to the second part of the question! I was beginning to believe I only felt comfortable identifying with male characters until I began a new, non-mystery series and wrote from the perspective of a woman. Imagine that!

AA: How do men and women in your novels generally differ in their handling of sexual trauma?

LS: In “Deep into Dusk” we meet Tara Samuels who handles her “issues” in a far more insidious way than Gabriel does. When the two of them meet, it’s a train wreck. Despite her dangerous behavior, Tara is a somewhat tragic figure. The key difference is that Gabriel seeks help. Not only does he attend therapy, but also he tries to find a lesson that pertains to his spiritual growth in every experience he undergoes, including solving crimes.

AA: Do you feel a particular empathy toward victims of sexual violence? Does the sometime secretive nature of this trauma present a rich psychological vein for you to follow?

LS: I do, especially with children, because childhood should be filled with a wide-eyed wonderment of innocence, and that particular abuse simply kills it. To your second question, Gabriel and his therapist battle to keep his issues in the forefront. A difficult thing to do, because the secretive nature of the trauma makes Gabriel want to bury it.

AA: How do your female characters help the male protagonist heal?

LS: With Tara Samuels, she inadvertently helps Gabriel by trying to force him into the role of a perpetrator, which he abhors. Dr. Ming Li shows him a lot of patience… and humor. Gabriel’s mother appears eventually, and she encourages her son to build trust in their relationship again. This is very healing to him.

LS: One of the best emails I ever received was from a guy who had a similar childhood experience to Gabriel’s. I told him I was sorry for him. He said that he was reading the books and getting a lot out of the therapy scenes. That made my year!

This interview with Ms. Stevens was short but tasty. You can order her series online or in bookshops citywide. Learn more about Laurie and her work at LaurieStevensBooks.com

Thanks very much for sharing your views with us, Laurie.

The following event is being presented by our sister chapter in Orange County: