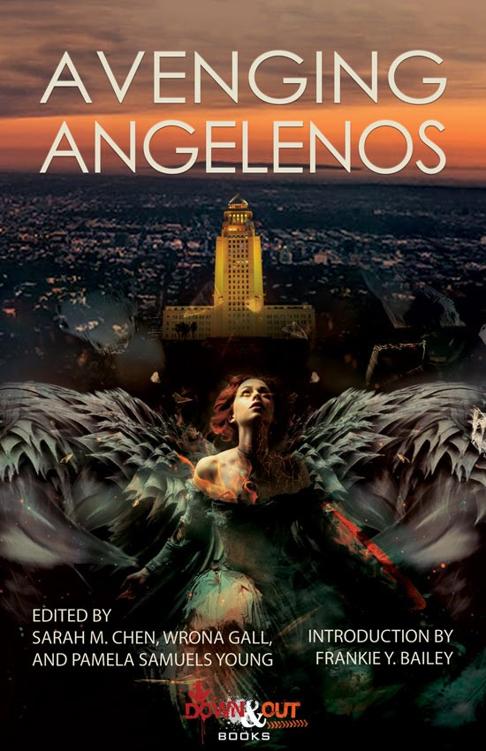 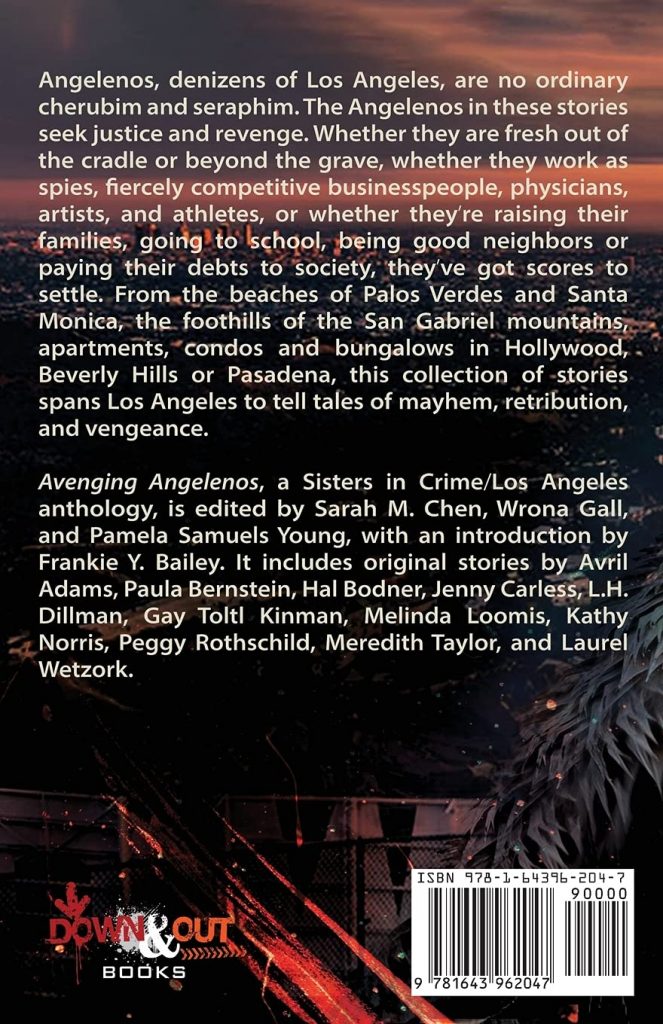 “Sometimes revenge is the only option for what’s gotten under the skin.”

Los Angeles is the City of Angels. But these natives of Los Angeles don’t wear halos. From the beaches of Palos Verdes to the San Gabriel Valley, from Beverly Hills to Pasadena, this anthology sprawls across Los Angeles County with stories of vengeance, retribution and justice served cold. Avenging Angelenos, from newborns to neighbors, physicians to funeral directors, athletes, artists, students and teachers, have scores to settle and a nefarious itch under their skin that’s got to be scratched.

AVENGING ANGELENOS, a Sisters in Crime/Los Angeles anthology, is edited by Sarah M. Chen, Wrona Gall, and Pamela Samuels Young, with an introduction by Frankie Y. Bailey. It includes these original stories:

AVENGING ANGELENOS, is available for order now from the publisher Down and Out Books, or from other major booksellers such as Barnes and Noble and Amazon.

Librarians in Los Angeles County – if you have a Book Club at your library and want to find out how to bring some of FATALLY HAUNTED’s authors to your library, check our Speakers Bureau page for more information.