Don’t miss this amazing presentation when Stephanie explains how and why!

Join SinC-Central Virginia on May 14, 11 am PST (2 p.m. EDT)
“Inside the Mind of a Serial Killer”
with award-winning crime writer Sue Coletta.

Register by sending an email with your name and chapter affiliation to [email protected]. We will send you the Zoom link. The program will not be recorded.

If you have questions about this presentation, please send them to [email protected]. Please do not “reply” or “reply all” to this email, since everyone on the distribution list will receive your response.

Sue Coletta is an award-winning crime writer and an active member of Mystery Writers of America, Sisters in Crime, and International Thriller Writers. Feedspot and Expertido.org named her Murder Blog as “Best 100 Crime Blogs on the Net.” She also blogs at the Kill Zone (Writer’s Digest “101 Best Websites for Writers”) and is a Resident Coach on Writers Helping Writers.

Sue lives with her husband in New Hampshire. She writes two psychological thriller series and narrative nonfiction/true crime and taught a 5-week serial killer course for EdAdvance in CT. She also appeared in an Emmy award-winning true crime series. Learn more about Sue and her books at https://suecoletta.com.

Join Sisters in Crime San Diego Chapter
Partners in Crime for a talk by
Rex Pickett
May 14, 2:00 p.m. PST

On Sat, May 14, at 2pm, Pacific Time, join the San Diego chapter “Partners in Crime” for a talk by San Diego author Rex Pickett. The Archivist, his latest book, is set around the University of California San Diego campus. Rex will be tuning in for the event from New Zealand, where his is writing Sideways, NZ.

The BOOK: When archivist Nadia Fontaine is found dead of an apparent drowning, Emily Snow is hired by Regents University to finish the job she started — to organize and process the papers of Raymond West, a famous Pulitzer Prize-winning author who has been short-listed for the Nobel. She finds a Pandora’s box of erotically and intellectually charged correspondence between Raymond West and the late Nadia Fontaine. Through their archived emails, Emily goes back a year in time and relives the tragic trajectory of their passionate love affair. Did Nadia really drown accidentally, as the police report concluded, or could it have been suicide, or, even worse, murder?

Rex Pickett is the critically-acclaimed author of the novel Sideways, which was adapted into the iconic, award-winning feature film. Rex is also the author of two Sideways sequels – the IPPY Gold Medal award-winning Vertical, and Sideways 3: Chile. He was the screenwriter of My Mother Dreams the Satan’s Disciples in New York, which captured the 2000 Academy Award for Best Live Action Short, making Rex, technically, a two-time Oscar-winning writer.

Register in advance for this meeting:
https://sistersincrime-org.zoom.us/meeting/register/tJwvce2gqzwvH9AOQgKmPyth78WrVXGvfvM2

Building A Blockbuster Career, One Creative Step at a Time!

How did Tess develop her writing career and become a bestselling author?

What are the keys to keeping a long-time series fresh and exciting, with new ideas and innovative plots?

How do authors overcome the potential risks of writing several diverse genres, and
retain their readers and fan base?

Which genres have been the most challenging to write and why?

What should authors know, to successfully collaborate with other writers?

How has the publishing industry changed in recent decades, and what’s coming up?

What are the most important lessons Tess has learned during her career—that may help other authors?

The Power of Setting!

Mary Desch’s medical career, set mostly in private practice, exceeded thirty years of focusing on psychiatric care for adults, including Board Certification with additional qualifications in Addiction Psychiatry. She worked in various settings beyond office outpatients, such as hospital, crisis, community clinics, consultation to managed care, the public sector, residential treatment centers, and more. Mary will talk with us about psychiatric topics like: what a sociopath is, if you can tell if someone is lying; how personality disorders present; what might drive someone to kill; what an addict acts like, etc.

Register in advance for this meeting:
https://sistersincrime-org.zoom.us/meeting/register/tJMucu-srD4sGtShZZrIKP5fqO_-qIFi1iUn 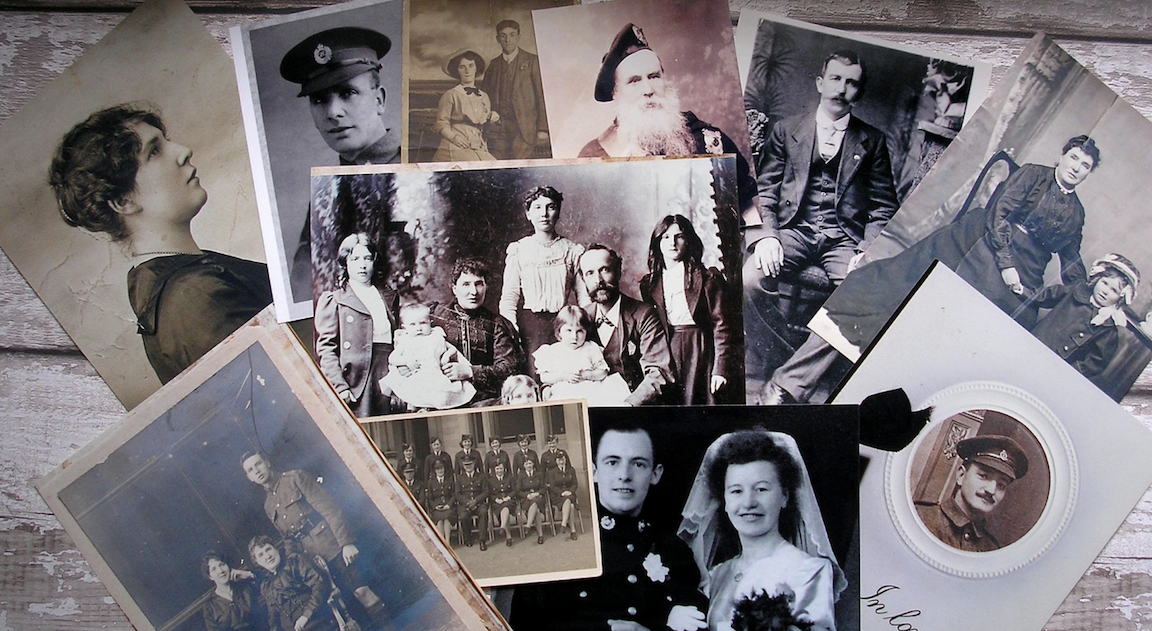 The Upstate SC Chapter of Sisters in Crime hopes you can join us on April 7th at 6:30 pm EDT, when Patrick Coleman — Family Detective — will speak to us about his fifty year quest to document his family stories. Patrick, a retired biochemist, will also explain advances in DNA identification and its uses in genetic genealogy.

ATTENDANCE IS FREE, BUT YOU MUST REGISTER IN ADVANCE:
Zoom meeting link for SINC SC Chapter April 7 event

“Lights! Camera! Crime! Mysteries on the Big Screen”
March 27 2:00 p.m. PT….It’s Oscar Sunday,
but before the Oscars, join the Orange County Chapter of Sisters in crime for literary entertainment! 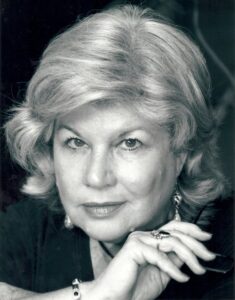 Pat H. BroeskeA longtime member of O.C. Sisters in Crime, Pat H. Broeske has published best-selling biographies of Howard Hughes and Elvis Presley, and short fiction (in Ellery Queen Mystery Magazine). A veteran journalist who covers the intersection (on and off screen) of Hollywood & Crime, she also teaches film analysis for the Emeritus Institute of Saddleback College.

T. Jefferson Parker and his new novel, A Thousand Steps,

in conversation with Barb DeMarco-Barrett, president of the Orange County Chapter.

T. Jefferson Parker was born in Los Angeles and has lived all his life in Southern California. He was educated in public schools in Orange County, and earned a bachelor’s degree in English from the University of California, Irvine, in 1976. His writing career began in 1978, with a job as a cub reporter on the weekly newspaper, The Newport Ensign. After covering police, city hall and cultural stories for the Ensign, Parker moved on to the Daily Pilot newspaper, where he won three Orange County Press Club awards for his articles. All the while he was tucking away stories and information that he would use in his first book. Parker’s first novel, Laguna Heat, was written on evenings and weekends while he worked as a reporter, and was published to rave reviews and made into an HBO movie starring Harry Hamlin, Jason Robards and Rip Torn. Parker’s following novels — all dealing with crime, life and death in sunny Southern California — were published to rave reviews and appeared on many bestseller lists. His writing has been called “potent and irresistible” (Los Angeles Times), and “resonant, literate and powerful” (Kirkus). The New York Times wrote that “T. Jefferson Parker is a powerhouse writer.” A Thousand Steps, a novel taking place in late 60s Laguna Beach, focues on Matt Antony, a sixteen year old out to find his sister. The book was published in 2022. When not working, Parker spends his time with his family, hiking, fishing, beachcombing, exercising his dogs. He cannot pass by a body of water without wanting to fish it. He also enjoys rock hounding, cycling and being outdoors.

Register in advance for this meeting:
https://sistersincrime-org.zoom.us/meeting/register/tJUld-Cupj0jG9K8FZM5qbLutHqzc7pyY5Do

Our Sunday meetings are always free to the public, but donations are always welcome. Any amount helps. See this website for more information: https://sistersincrimeoc.com

and learn from the masters – in the comfort of your own home.

Join us for the March Fireside Chat
Thursday, March 24, 2022

“Open New Avenues: How to Write Multiple Genres and Write 3-4 Books in a Year!”

How to keep each series unique and fresh.
How to ensure each character has a distinctive voice and personality.
How to approach research. How much research is done before a book is started.
What are the biggest challenges faced and how to overcome them to keep writing schedules in place.
What should an author consider before writing multiple series? Is there a magic number of books in one series that an author should write before starting a new series?

“Over My Dead Body: Humour in Crime Fiction”

Melodie Campell gets called names! The Toronto Sun called her “Canada’s Queen of Comedy,” and Ellery Queen Mystery Magazine dubbed her the “Canadian literary heir to Donald Westlake”. We just call her awesome.

Join Melodie Campbell as she shows you how she does it (with examples) and breaks down the various types of humour you can include in your own work or merely enjoy in your reading. So whether you’re a reader or a writer, Melodie’s presentation promises to be filled with wit and wisdom.

Winner of 10 awards, including The Derringer (US) and the Crime Writers of Canada Award of Excellence, she has multiple bestsellers and was featured in USA Today. Her publications include over 100 comedy credits, 16 novels, and 60 short stories, but she’s best known for The Goddaughter mob caper series.

The Zoom meeting will start with an informal chat at 6:30 p.m., with the formal meeting starting at 7:00 p.m. No need to register.

Click this link to join the Zoom meeting:
https://sistersincrime-org.zoom.us/j/91783602885?pwd=ejE0VE52Yzl2VVNsYkdMcTRHNWR5Zz09