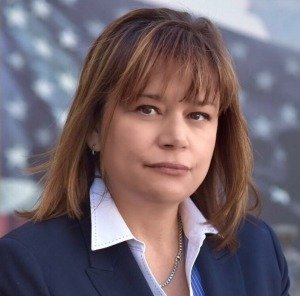 On Saturday, October 26th members of Mystery Writers of America SoCal and Sisters in Crime, Los Angeles were treated to a master class in interrogation techniques.

Ninette Toosbuy, formerly of LAPD detective in Sex Crimes and now an investigator for USC, spoke about the best ways to get to the truth, what happens on television rarely if every happens in real life and how connecting with the suspect one on one is the best way to get to a confession.

Ninette spoke about the fact that anybody can admit to anything but getting a confession is about encouraging the suspect/interviewee to give specific details. To get as close to the truth as they will allow.

One of the most eye-opening parts of the seminar, were the videos Ninette showed of her interrogations with some of the worst in society. And while as she noted you may want to “take a shower” after speaking with them, there is a psychology to getting a suspect to believe you understand them.

Listening and acknowledging their point of view is key.  Resist the urge to cut off the suspect and constantly check your watch as if you had somewhere else to be or bully them into getting to the point.  You want the confession, right?  Well it turns out the best way to do that is to listen and be patient. Allow the suspect to talk and talk and talk and sometimes talk some more.

While slamming your hands on a table and getting in a suspect’s face may be sexy on television, in real life it is all about the psychology of the dance. Successful interrogations are about getting close to the truth.

One of the final yet equally important topics of the seminar was about interviewing someone who ultimately is innocent of the crime of which they are being accused.  In the last video shown, Ninette interviewed a young man accused of sexual assault who turned out to be innocent.  Throughout the early stages, she had convinced herself that he was guilty.  Admittedly, she said she made many mistakes on this one. But it was early in her career.

One thing she learned from that interrogation is that part of being a good interviewer is knowing when you may have missed the mark, or something is not right.  You leave the room, regroup and return with a fresh perspective.  It turned out in the last case, the man was innocent and had proof of the woman’s deception on his phone! (she was cheating on her boyfriend and cried rape when she was caught with the suspect!)

There was so much more to learn and Ninette was gracious with her time, staying and talking with attendees outside for almost a full half hour!  Hopefully we can have her back again in 2020!

See Members of Sisters in Crime/LA As Part of LADIES OF INTRIGUE!