MEMBER ARTICLE – Ripped From the Headlines: Turning Fact into Fiction

Ripped from the Headlines: Turning Fact into Fiction

It’s rare for me to remember the precise moment that a story idea comes to me. With my most recent legal thriller, Failure to Protect, that wasn’t the case. 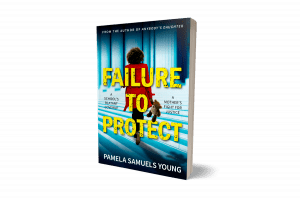 I was talking by phone with a friend on Christmas day in 2018, when she mentioned the unrelated suicide deaths of two nine-year-old girls who had been victims of bullying. I was stunned to learn that children so young would even know how to take their own lives. After our conversation, I read news stories about their deaths, I shed a few tears and found it hard to sleep that night. The next morning, I knew this was a subject I wanted to tackle in a legal thriller. I framed the girls’ pictures and placed them on my desk for inspiration. 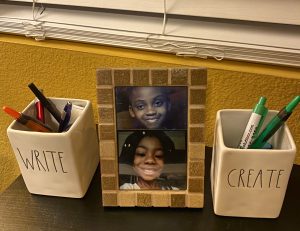 For the next few weeks, I read books and online materials, and interviewed educators and mental health professionals. I was stunned to learn that the suicide rate for African-American kids under 12 was twice that of white kids. While I wanted to write a compelling legal thriller, I also wanted to shine a light on this tragedy. The result was my 14th book, Failure to Protect, which went on sale in October 2019.

If you’re thinking about penning a novel based on a news story or some real-life situation, here are three tips to help you get started.

Because bullying and child suicide aren’t exactly subjects that the average mystery reader might gravitate toward, it was crucial for me to craft an engaging plot. I began by creating a character readers would love to hate. My villain, so to speak, is an elementary school principal who is more concerned about her career than acknowledging any bullying at her school. When she’s sued by the grieving mother of a bullied child, it’s a great scenario for conflict. Readers immediately root for the mother and rally for the principal to “get hers.” While they’re lost in the legal drama, I’ve peppered the story with important information.

While I wanted to raise awareness about bullying and child suicide, I didn’t want to bombard readers with mental health theories and statistics. So, I was careful to proceed lightly with key information that I wanted to communicate. For example, mental health professionals despise the phrase “committed suicide.” They feel that language stigmatizes the victim and consider it akin to saying someone “committed cancer.” Their preferred phrase is “died by suicide.” It was very easy to communicate this by having a character correct someone who uses the wrong language.

I found a ton of information on the internet about bullying, childhood depression and child suicide. Still, I wasn’t comfortable writing about such important subjects without firsthand information from experts in those fields. I reached out to numerous educators, organizations and mental health professionals mentioned in articles I found online. Several people willingly agreed to interviews which gave me deeper insight into the topics. Two people in particular, a professor of psychiatry at Howard University and another at New York University, even agreed to read the manuscript. Their suggested changes and final blessings gave me the comfort level that my message was correct.

Many writers pen novels sparked by real-life events. If that’s your goal, aim to get the facts right. 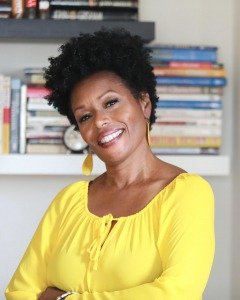 Learn more about Pamela Samuels Young and her works at http://www.pamelasamuelsyoung.com/

MEMBER ARTICLE – The Art of Conversation as Interview

MEMBER ARTICLE – The Benefits of Taking Time to Write With Others