On Saturday, October 13th, Sisters in Crime/Los Angeles held the final workshop of the year. And boy was it a good one!  The fabulous Jerrilyn Farmer gave a lecture and interactive workshop on Character Arcs. 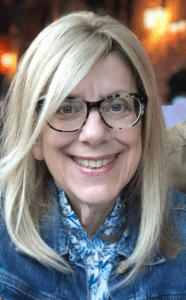 She started by answering the essential questions:  What are character arcs?  When and how many does one use?   Jerrilyn noted that there are several different types of character arcs depending on the genre. One that mystery employs is the growth arc.  The workshop concentrated on growth arcs.

“Growth character arcs are progressions that your main character makes and that transforms them in some fundamental way,” Jerrilyn began. “You should start with the premise that your protagonist is not okay and there is a reason for them to change or grow.

Jerrilyn also suggested that not all mysteries have or should have character arcs (think Sherlock Holmes).   She noted the difference between character plot points or character actions and a character arc and how to use both in your manuscript.

Also, Jerrilyn instructed us to be judicious in using arcs and with which characters.  You may use one, two or three for your protagonist, depending on if you are doing a series or a stand-alone, but you are not going to have time to give as many details to all of your characters.  You can round out your minor characters with action and dialogue.  Your job is to keep the story moving and not get bogged down with every character having something to “grow” from.

Attendees came prepared and shared their character and plot issues. We ended with an interactive worksheet questionnaire and proceeded to answer questions about the main character’s family, past and how you the writer can show how she changes and grows from her challenges.

A few notes from Jerrilyn:

·  Give your character something BIG to grow from.  Think about the big things in their life.

·  Best way to end a book is with a bittersweet ending: what did your character have to do to get what they want or what was needed?

Many thanks to Jerrilyn Farmer for a fantastic and informative workshop.  She gave everyone a lot to think about and helped everyone make all their characters multiple dimensions.

Attending a Sisters in Crime/Los Angeles workshop allows you network with others who write in your sub-genre and learn from writers outside your genre. See you next year!

Jerrilyn Farmer is the author of the bestselling Madeline Bean mysteries (HarperCollins) and Murder at the Academy Awards with Joan Rivers, and has been teaching mystery writing at UCLA Extension Writers’ Program for almost twenty years.  She also coaches private novel writing workshops, where she has helped many gifted writers to refine, revise and finish their manuscripts, and go on to find agents, land multiple book contracts, and win many awards.

WATCH THE WORKSHOP PAGE OF OUR WEBSITE FOR ANNOUNCEMENTS OF UPCOMING OPPORTUNITIES IN 2019!