For FEBRUARY 2020, Sisters in Crime/LA met on FEBRUARY 9TH at the PASADENA CENTRAL LIBRARY at 285 E. Walnut Street in the Studio on 4th on the 4th Floor.

Our reader for the day was Ellen Byron. 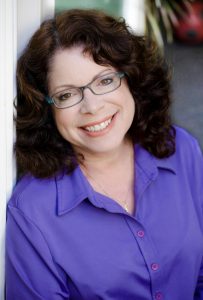 The Misdemeanor Prosecution System in the City of Los Angeles 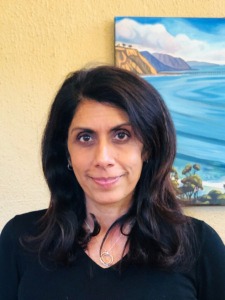 Gita spoke about the misdemeanor prosecution system in the City Of Los Angeles: the court system, crimes that the office sees, nuisance crimes, vice crimes, homeless issues, etc. She also spent a little time covering the various roles in the judicial system, and the role of city agencies as well, with particular emphasis on the homeless as many attendees’ questions focused on this crucial area.

ABOUT OUR GUEST SPEAKER

Assistant City Attorney Gita O’Neill has been with the Office of the Los Angeles City Attorney since 1999.  She started doing criminal trials and then was appointed to be one of the first Neighborhood Prosecutors in the innovative Neighborhood Prosecutor Program which placed a prosecutor in every police division in Los Angeles.  She then transitioned the Civil Nuisance Abatement Program where she filed cases against problem property owners whose properties had gang, narcotics, nuisance and vice issues.  Gita then was appointed to be the Supervising Attorney for the Neighborhood Prosecutor Program. She supervised the program as it tripled in size under the current City Attorney, Mike Feuer.  Two year ago she was promoted again to be the first ever Director of Homeless Policies and Strategies for the City Attorney’s Office.  Prior to working at the City Attorney’s office, she worked as an associate in the civil plaintiff’s firm, Girardi and Keese.  Gita attended the University of Santa Clara Law School and completed her undergraduate studies at UC Irvine.

As we’ve previously mentioned, we will NO LONGER MEET AT THE SOUTH PASADENA LIBRARY COMMUNITY ROOM regularly. Also, the Pasadena Library is NOT a new permaent location; a different location will be announced for our March event.

Want to know what’s coming up next for Sisters in Crime/LA in 2020? Keep checking the Meeting Dates page of our website regularly, as meeting locations will vary throughout the year.