Gayle Bartos-Pool was the featured reader.

A former private detective, Gayle Bartos-Pool (G.B.Pool) writes spy novels, short stories, as well as three detective series featuring Johnny Casino, an ex-mobster, Gin Caulfield, an over 50 gal who’s still packing heat, and Chance McCoy, a detective who gets the opportunity of a lifetime. G.B. also teaches writing classes: “The Anatomy of a Short Story,” “How To Write Convincing Dialogue,” and “How To Write a Killer Opening Line.” Find out more at http://www.gbpool.com/ 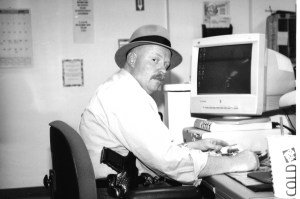 Former Homicide Detective and current private eye and mystery author Danny R. Smith gave us a glimpse beyond the yellow crime scene tape at the August meeting of Sisters in Crime/Los Angeles.

“There is no greater burden — or privilege — than investigating the death of a human being,” Danny told us. “It’s up to you to speak for the victim.”

He also spoke of the reverence many homicide detectives have for the crime scene. It’s not just the best source for physical evidence, “The crime scene,” Danny said, “is a story. It needs to be read correctly.”

Danny took us through key points of an investigation. Detectives need to talk to everyone involved in the victim’s life, whoever texted them last, whoever they dealt with or had issues with. The first thing to figure out is who the victim was in life, how they lived, so that you can figure out how and why they died.

One of the key things Danny always keeps in mind is that everyone who is murdered had someone who loved them. There are some victims whose deaths were especially tragic because they had never done anything but be kind to the wrong people — you can check out Danny’s blog post about a particularly difficult interrogation after one of these murders right here: https://dickiefloydnovels.com/dance-with-a-demon/ — but even those victims who had skirted the law themselves during their lives had a mother or a sister or a husband somewhere who had loved them. There is a lot of weight on your shoulders in Homicide. This is one of the reasons you keep cases open long after the likelihood of making an arrest; you believe someday something will break, and that you’ll finally be able to bring some peace to those that had loved your victim.

* The first rule is NO PLASTIC BAGS. Plastic holds in moisture which can destroy evidence. Police use paper only for storing and transporting almost all forms of evidence from a crime scene. They keep stacks of paper backs and envelopes in their cars. The only thing to go into plastic bags should be narcotics.

* Crime scenes take a long time to process. The simplest cases, such as a gang shooting with witnesses, may take 4-6 hours to process, while complex murder scenes can take up to 18 hours.

* If a suspect may have standing in the crime scene (for instance, they live or work there, or it’s their car), then and only then do you need a crime scene warrant. Detectives will often get the warrant if someone else does have legal standing at the crime scene, just in case they become a suspect. You want to cover yourself, and it’s usually only a formality to get one. Judges know that crime scenes must be investigated.

* Yes, detectives do have their favorite judges. They will drive to the courthouse to track down a judge who knows them and trusts their work and their judgment. Danny once drove a judge home from court to give him time to read the warrant en route and sign it in time for Danny to get back to the crime scene and start processing it that night.

Danny had many more stories to tell than we had time to hear. Luckily, he keeps a nonfiction blog, he writes spectacular fiction that gives you a look at the camaraderie of the squad room, and he will soon be turning his pen to true crime as well. Check out Danny and his books at https://dickiefloydnovels.com/ 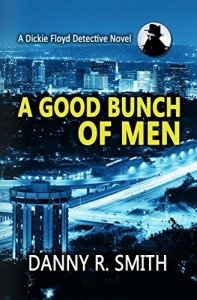