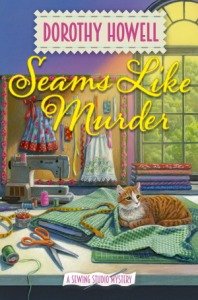 Dorothy Howell’s latest mystery and 48th book(!) is SEAMS LIKE MURDER, which marks the launch of her Sewing Studio Mystery series. Kensington will release it on September 27th in hardcover, digital, and audio. .” 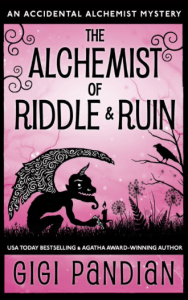 The latest in GIGI PANDIAN’s Accidental Alchemist series, THE ALCHEMIST OF RIDDLE AND RUIN, is out now. 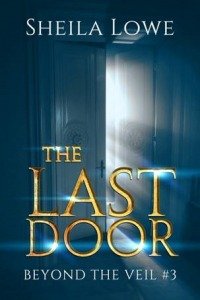 The third book in Sheila Lowe’s Beyond the Veil series, THE LAST DOOR comes out at the end of the month. 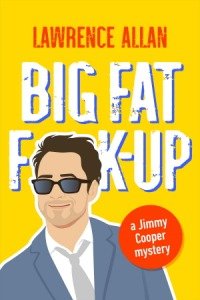 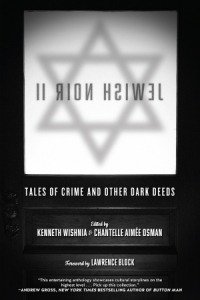 Sue Hinkin was named the Writer of the Year for 2021-2022 by the Rocky Mountain Fiction Writers.

Naomi Hirahara’s novel, CLARK AND DIVISION, is nominated for the 2022 Anthony Award for Best Novel. The Anthony winner will be announced at Bouchercon on September 10.

Tori Eldrige celebrates her nomination for the 2022 Anthony Award for Best Paperback/eBook/Audiobook for her novel, THE NINJA BETRAYED

Rachel Howzell Hall’s novel, THESE TOXIC THINGS, is also up for the 2022 Anthony Award for Best Novel.

Lawrence Allan won the 2022 Claymore Award for best unpublished manuscript in the Comedy category for his novel, BIG FAT F@#K UP, at Thriller Nashville last month.

Judith Ayn’s prequel novella in her Cheater’s Lake mystery series, MURDER AT THE NO-KILL ANIMAL SHELTER, was awarded the Certificate of Excellence by the Cat Writer’s Association.

Gigi Pandian’s short story, The Locked Room Library, which appeared in the July /August 2021 edition of Ellery Queen Mystery Magazine, has been nominated for a 2022 Macavity award.

Use the above link to participate in a conversation with Sue Hinkin at the White Tail Coffee Shop on September 17 at 5:30 pm

Sheila Lowe will be celebrating the release of her new book, THE LAST DOOR (#3 in the Beyond the Veil paranormal suspense series), with an Orange County launch party at Mystery Ink in Huntington Beach on October 1st at 1pm

Ellen Byron signed a new contract with publisher Kensington for the 5th book in her Catering Hall mystery series.

Carl Vonderau has signed with Oceanview Publishing for his next suspense novel, SAVING MYLES, which is due out in August 2023

Registration is open for the 2023
2023 California Crime Writers Conference
which will be held at the Hilton LA (Culver City) on June 10 and 11, 2023.
Hone your craft
Get a manuscript critique
Learn about marketing
and be entertained by our Guests of Honor,
Deborah Crombie and Rachel Howzell Hall 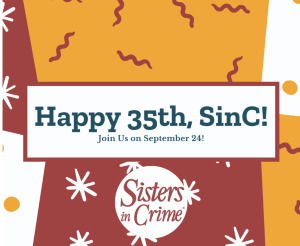 Sisters in Crime is having a world wide 35th anniversary celebration!
DROP IN ANY TIME
10:30 am (EDT) — 3:45 (EDT)
REGISTER HERE to reserve a spot:
https://www.sistersincrime.org/events/EventDetails.aspx?id=1665908&fbclid=IwAR3RqYJrWtHY1udlKXi15GygKwNqJ_l1A4a4KwrxujE3vrdbHxEXbYlXHLo
This member-only event will include:
• A conversation between the first SinC president, Sara Paretsky, and former SinC president, Lori Rader-Day
• A SinC trivia game
• A conversation with other organizations who advocate for writers
• A conversation with SinC grant winners
• Reading of flashword winners
• Showing of SinC at 35 videos
• Spotlight on some of our members
• Socializing