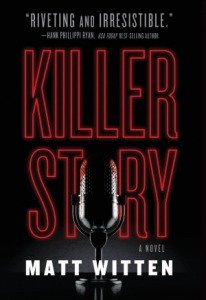 Matt Witten‘s thriller KILLER STORY comes out from Oceanview Publishing on January 17. An idealistic journalist launches a true-crime podcast to investigate the murder of an alt-right YouTuber she loved like a little sister, despite their political differences. 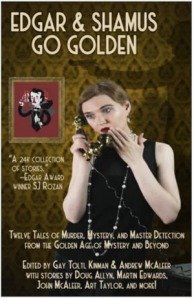 Gay Toltl Kinman and Andrew McCleer are the editors of the new collection of 12 short stories about Murder, Mystery and Master Detection set in the Golden Age of Mystery: EDGAR AND SHAMUS GO GOLDEN, published by Down & Out Books in December 2022. 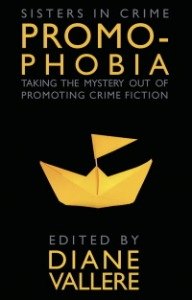 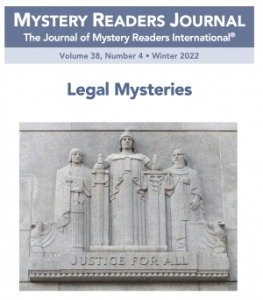 The current issue of MYSTERY READERS JOURNAL focuses on the theme of Legal Mysteries, with essays by Judith Mathison (writing as Judith Ayn),
Lori Huff Dillman, and Gay Toltl Kinman.

Matthew Witten was hired by Hallmark to write a movie based on A Dark and Stormy Murder by Julia Buckley.

Mike Befeler has signed a contract with Mystic Publishers for his historical mystery novel, MURDER IN THE MUSEO KIRCHERIANO.

The editors of CRIME READS have named Gary Phillips‘s ONE SHOT HARRY
and Gigi Pandian‘s UNDER LOCK AND SKELETON KEY among the “notable selections” on the list of the Best Books of 2022.

Diesel Books in Brentwood will host a Book Launch Party for KILLER STORY by Matt Witten on Tuesday, January 17, at 6:30 p.m.

Warwick’s in La Jolla will present a book talk with the two Matts – Witten and Coyle – on January 18 at 7:30.

The Orange County Book Launch Party for KILLER STORY will be at Mystery Ink on Saturday, January 21, at 1:00.

Jeri Westerson will be discussing the first book in her “King’s Fool Series,”  COURTING DRAGONS, at Vroman’s Bookstore in Pasadena on Friday January 6 at 7 pm. She’ll also appear on Saturday January 7 at 2pm at Book Carnival in Orange with giveaways and signings.

She’ll be in the Barnes & Noble in Temecula Saturday, January 14, Noon – 4 pm, and at the El Sugundo Library Book Club on Mariposa Ave on Wednesday, January 25, 6:30pm.

Registration is open for the 2023
2023 California Crime Writers Conference
which will be held at the Hilton LA (Culver City) on June 10 and 11, 2023.
Early Bird pricing ends January 15.
Hone your craft
Get a manuscript critique
Learn about marketing
and be entertained by our Guests of Honor,
Deborah Crombie and Rachel Howzell Hall 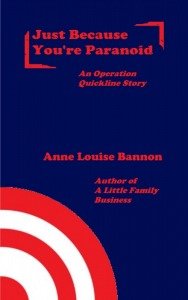 A DEADLY BONE TO PICK (Berkeley Prime Crime), the first book in PEGGY ROTHSCHILD‘s Molly Madison Dog Wrangler series, will be out in paperback on January 3. 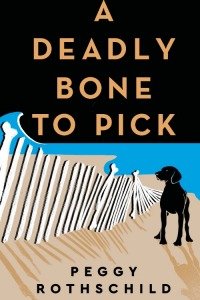 GARY PHILLIPS‘s latest novel, ONE SHOT HARRY, made THE WASHINGTON POST’s list of the 12 Best Mysteries and Thrillers of 2022.

TEA TIME magazine has named SEAMS LIKE MURDER, the launch book of DOROTHY HOWELL‘s  Sewing Studio mystery series, its selection of the month.

January will be a busy month for JERI WESTERSON. She’ll be talking about her new novel COURTING DRAGONS at multiple venues, including:

Registration is open for the 2023
2023 California Crime Writers Conference
which will be held at the Hilton LA (Culver City) on June 10 and 11, 2023.
Early Bird pricing ends December 31.
Hone your craft
Get a manuscript critique
Learn about marketing
and be entertained by our Guests of Honor,
Deborah Crombie and Rachel Howzell Hall

Sneak peek at the new SinC/LA anthology cover due out next year. 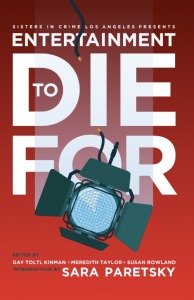 DOOMED LEGACY, the ninth book in Matt Coyle’s award-winning Rick Cahill series, will be released on November 15 in hardcover and on Kindle by Oceanview Publishing. See below for Matt’s appearances.

The audiobook edition of EVENING BAGS AND EXECUTIONS , a cozy mystery in the Haley Randolph series by Dorothy Howell, has just been released.

Jeri Westerson, along with authors Pamela Samuels Young, Travis Richardson, and Lance Charnes will be on a Mystery Author Panel on Saturday, November 19, 1 to 2 pm at the San Bernardino Library. Come hear the skinny on writing and publishing in today’s changing publishing environment. Books for sale. 555 W. 6th Street, San Bernardino, CA.

Matt Coyle will discuss DOOMED LEGACY, the ninth book in his Anthony, Shamus, and Lefty-Award winning Rick Cahill series, at the following venues —

Early November is a busy time for Sheila Lowe.

Dorothy Howell will sign and discuss SEAMS LIKE MURDER at 2:00pm on November 13th at Book Carnival in Orange, CA.

Diane DeMille appears in the show, Evil Men Don’t Understand Justice!, which can be found in podcast form on various platforms and in video form on YouTube. The show is based on Diane’s book, Path of the Devil (2017), recently released on Kindle, a true crime story set along the southwestern border, which she co-authored with retired DEA Agent Larry Hardin, Private Investigator Randy Torgerson, and the late Jeff Pearce. The first episode of Evil Men Don’t Understand Justice! was released on October 10, 2022. The series will continue for 15 weeks.

Nina Sadowsky and Jennifer Chow will appear on Saturday, November 26, from 11 am – 1 pm at Flintridge Bookstore in La Canada as part of the bookstore’s SMALL BUSINESS SATURDAY celebration. Nina and Jennifer will talk about their novels, including PRIVACY and DEATH BY BUBBLE TEA, respectively. Small Business Saturday is a nationwide celebration started in 2010 to recognize the contributions indie businesses make to the communities they serve.

JERI WESTERSON reached a two-book deal, unagented, with Sara Porter of Severn House for a new Sherlockian series. The first novel is THE ISOLATED SEANCE, An Irregular Detective Mystery. The series features Tim Badger, one of Sherlock Holmes’ Baker Street Irregulars, now a grown man, opening his own consulting detective agency with black partner Benjamin Watson. It’s an adventure with wit and humor on the shadowed streets of 1895 London.

MATT WITTEN‘s novel, 51%, is in development at NBC for a drama series. Matt is cowriting with show runner Charlie Craig under the aegis of Madison Wells. Matt and Charlie are slated to executive produce.

Registration is open for the 2023
2023 California Crime Writers Conference
which will be held at the Hilton LA (Culver City) on June 10 and 11, 2023.
Early Bird pricing ends December 31.
Hone your craft
Get a manuscript critique
Learn about marketing
and be entertained by our Guests of Honor,
Deborah Crombie and Rachel Howzell Hall